Hello everyone! Another Sunday is here and that means it’s time for yet another tale from our Stockholm Subway StoRy series. Today we are looking at Farsta strand. Join us!

This station is located in the district with the same name, in the southern part of the Swedish capital. It was opened in August 1971 and nowadays it’s the terminus station in the south for the T18 green line in the subway system.

This is an underground station, accessible through it’s only entrance. The station itself has one platform and two tracks along side it. Close by Farsta strand subway station there is the commuter train station bearing the same name. While northbound comes Farsta on the same subway line.

Considering the above and the fact that Slussen is at more than 10 km away, if you are passing by here you are well outside Stockholm’s central neighborhoods.

The artistic decorations here are represented by mosaics on the walls and on the floor, made by Fredrik Jacobson in 1993 and various moments from Farsta’s history immortalized by Kristina Anshelm and installed in 1997. 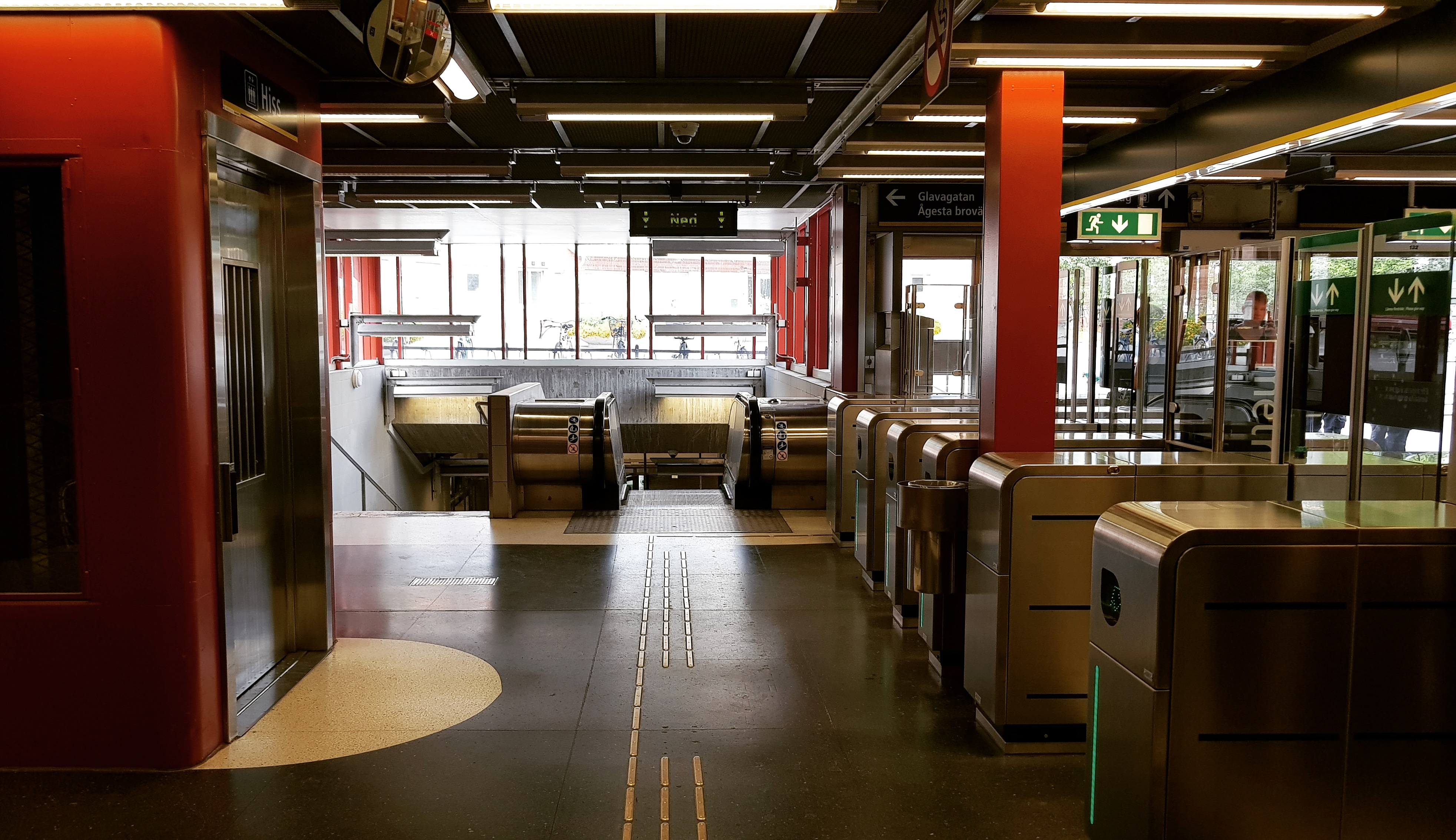 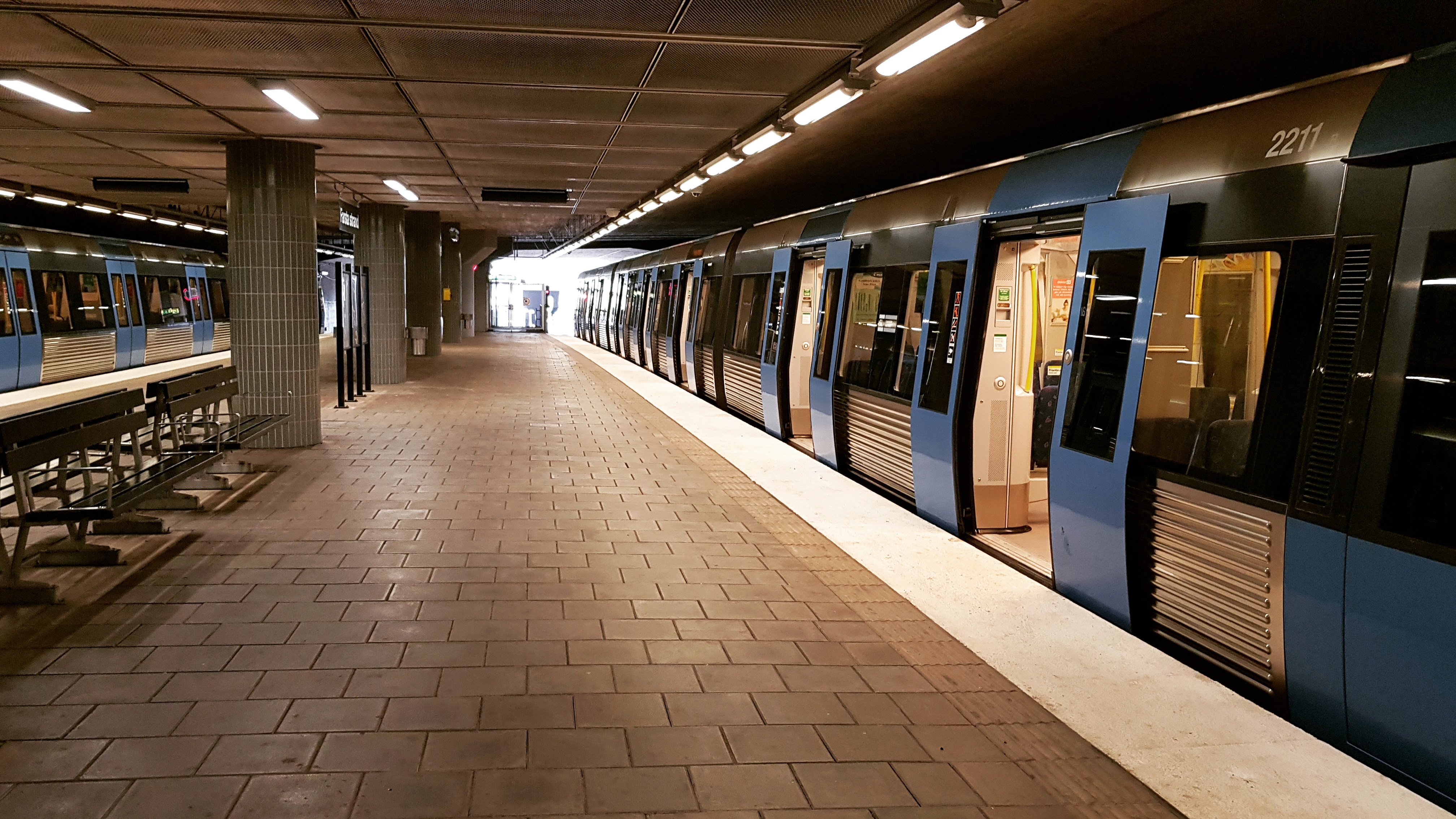 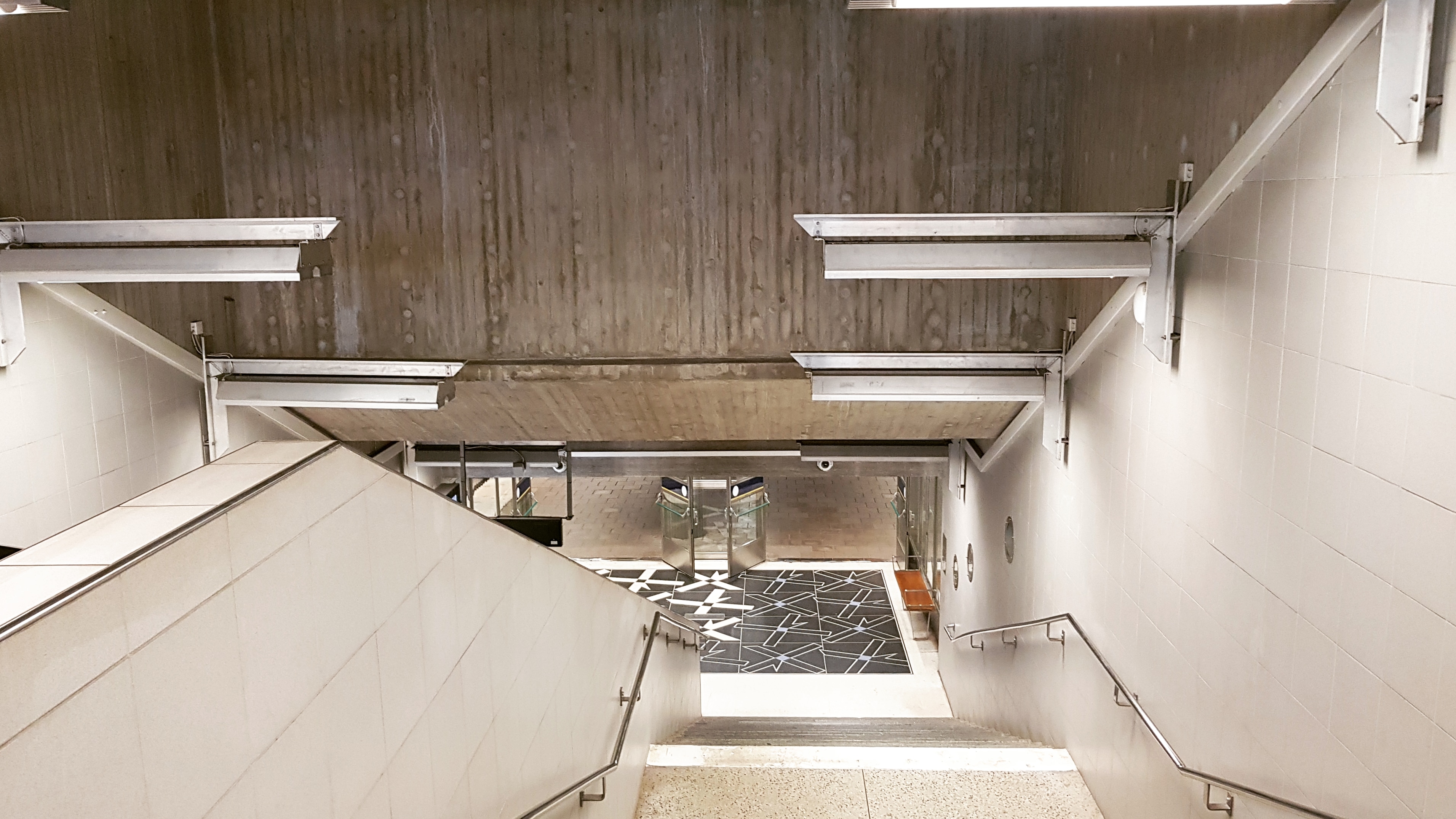 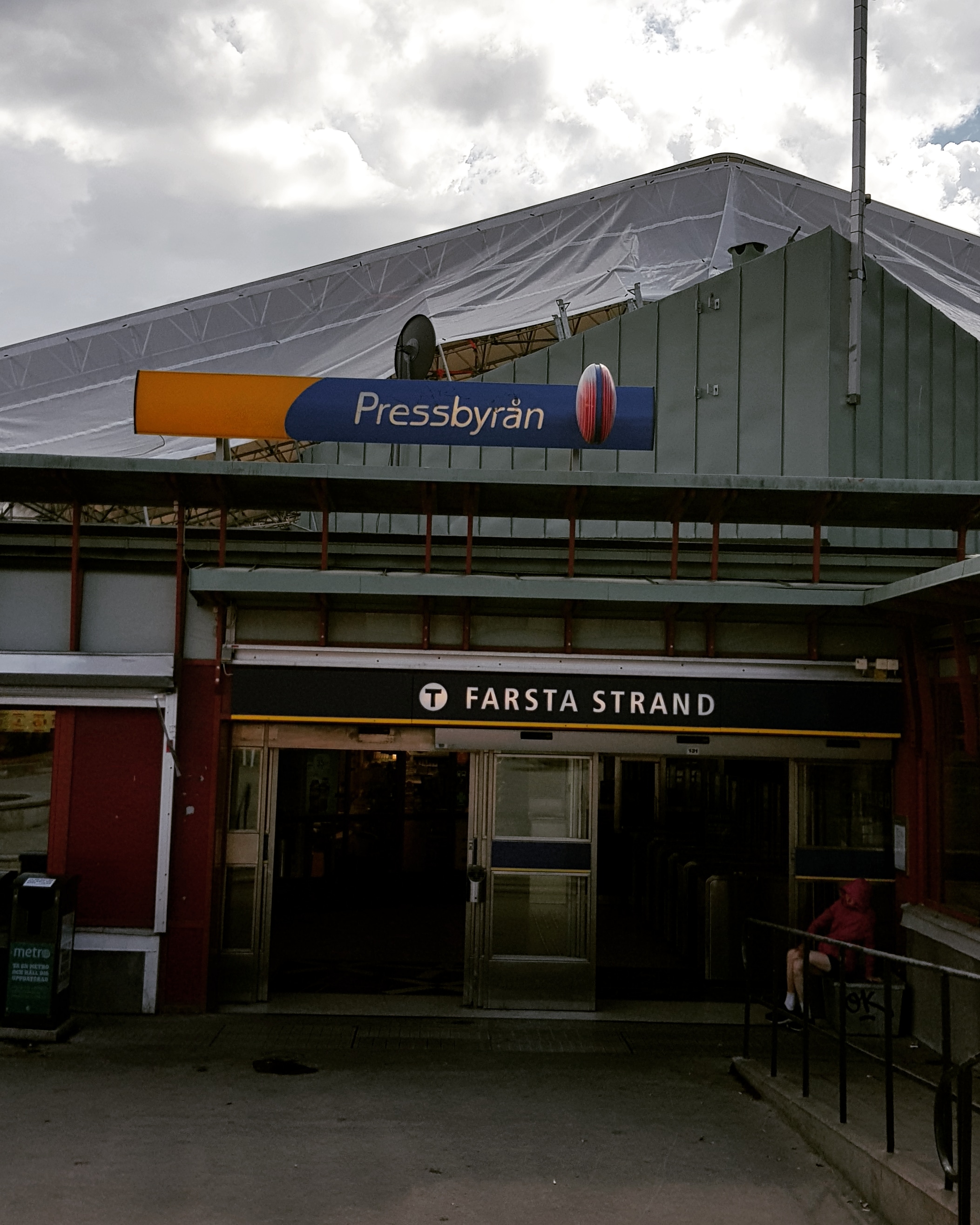 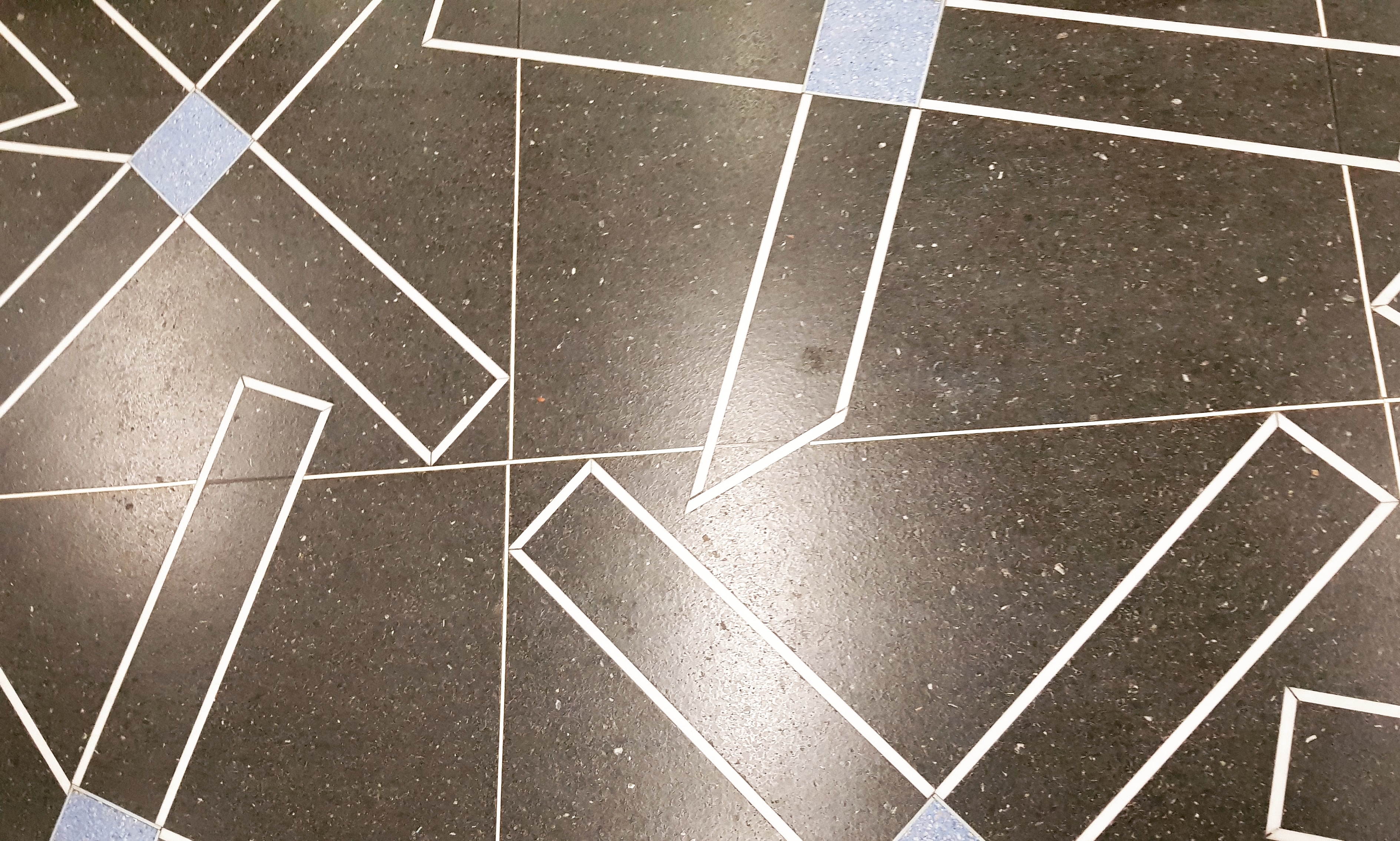