Hello everyone! We are happy to show you today Hjulsta, the last station we have left from both the blue subway lines in the Swedish capital. Let’s have a look!

The station is situated in the northern Stockholm district with the same name. It was opened in the end of August 1975. Nowadays functions as the terminus station for the T10 line, following Tensta.

Hjulsta is at almost 15 km away from Slussen, in the central part of the city. However, more than 2.500 people pass by here on a regular working day in their way to the city.

Worth mentioning about this place is that it has been built inside a hill. So the only entrance leads downstairs, through long escalators, to the only platform of the station.

On the platform level, you will be able to see several large paintings made by various artists since the opening. Among the artists there are: Christina Rundqvist Andersson, Olle Magnusson, Eva Nyberg, Magnus Rimling and Ruth Rydfeldt. 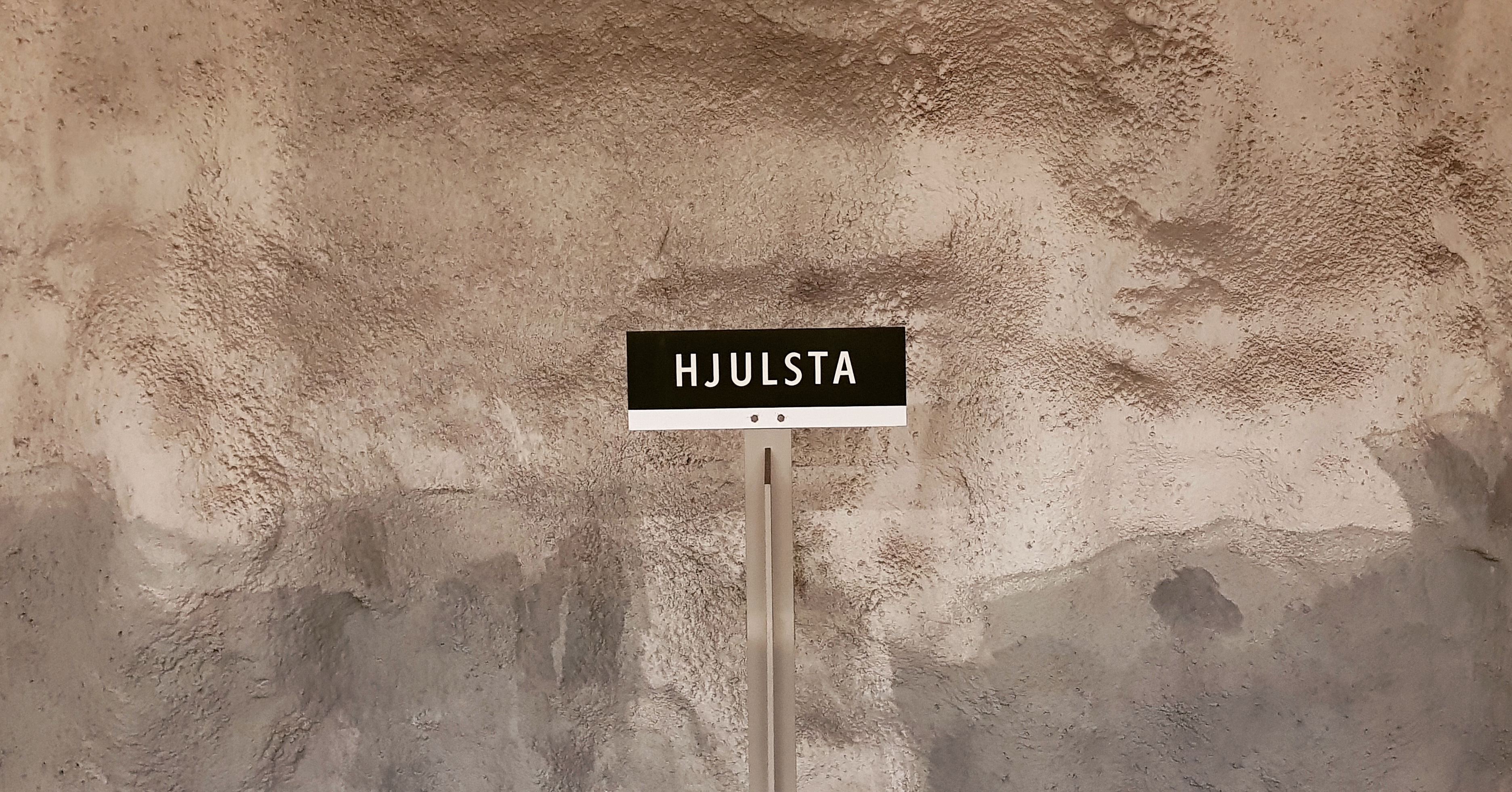 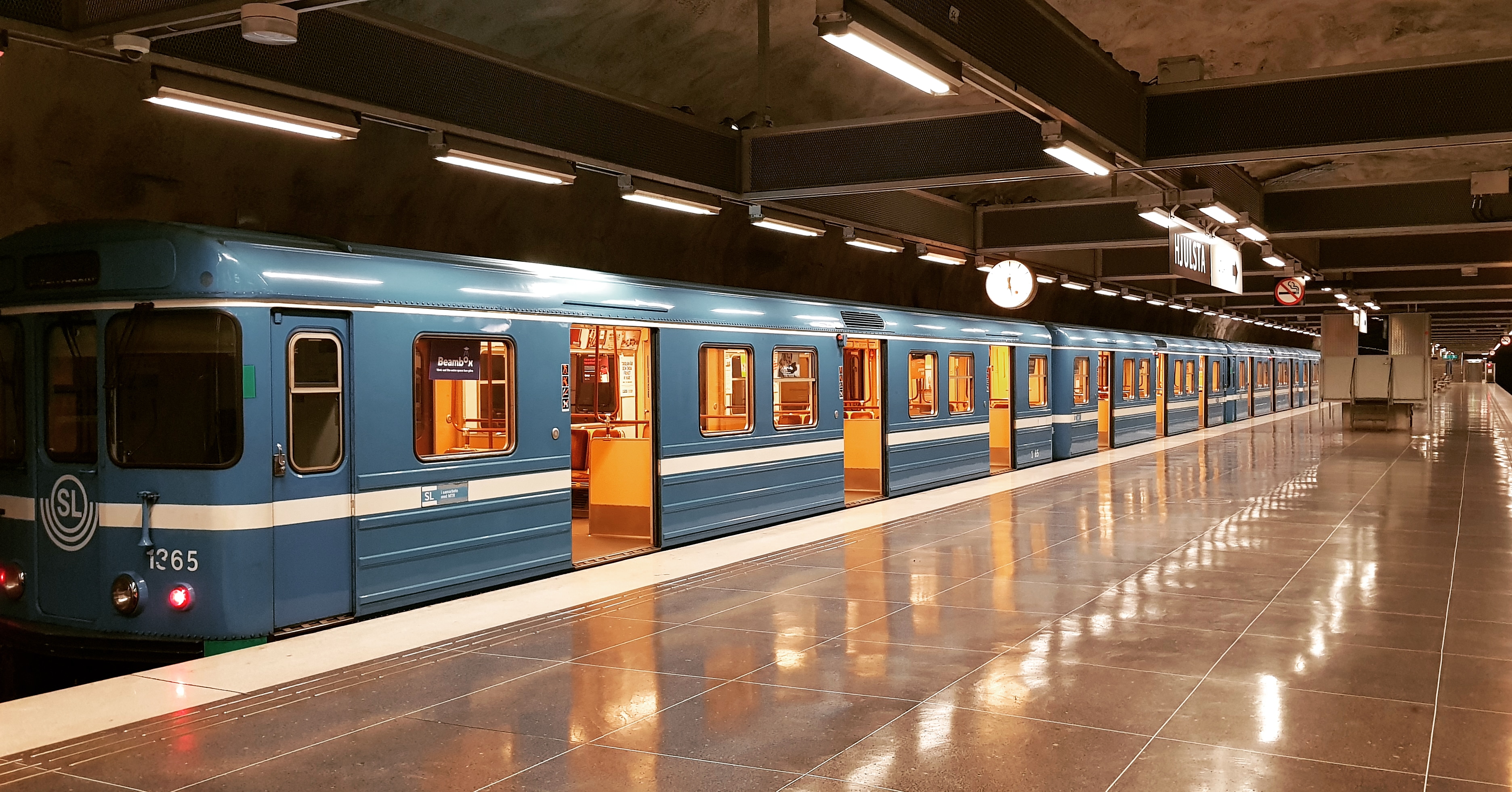 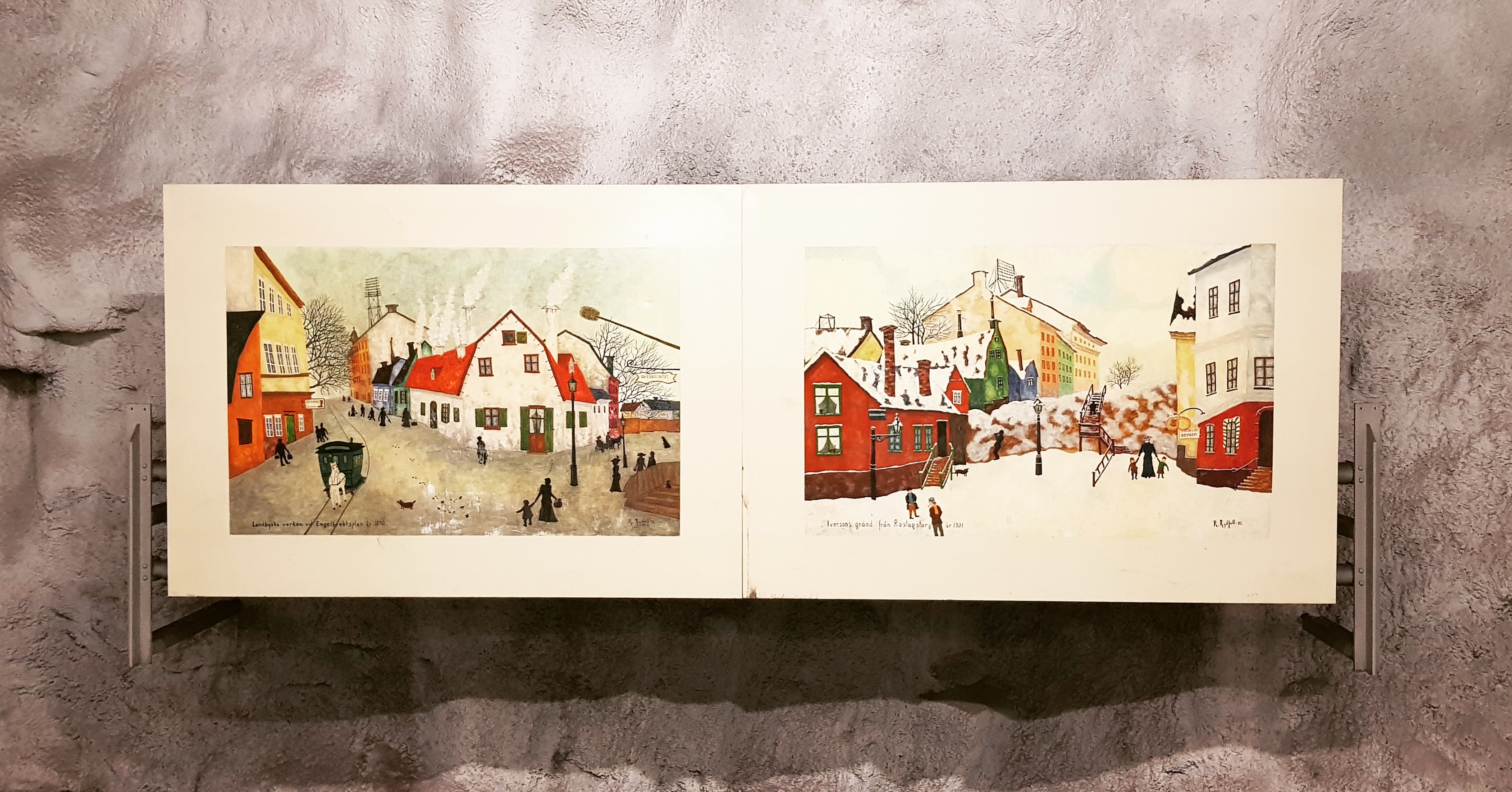 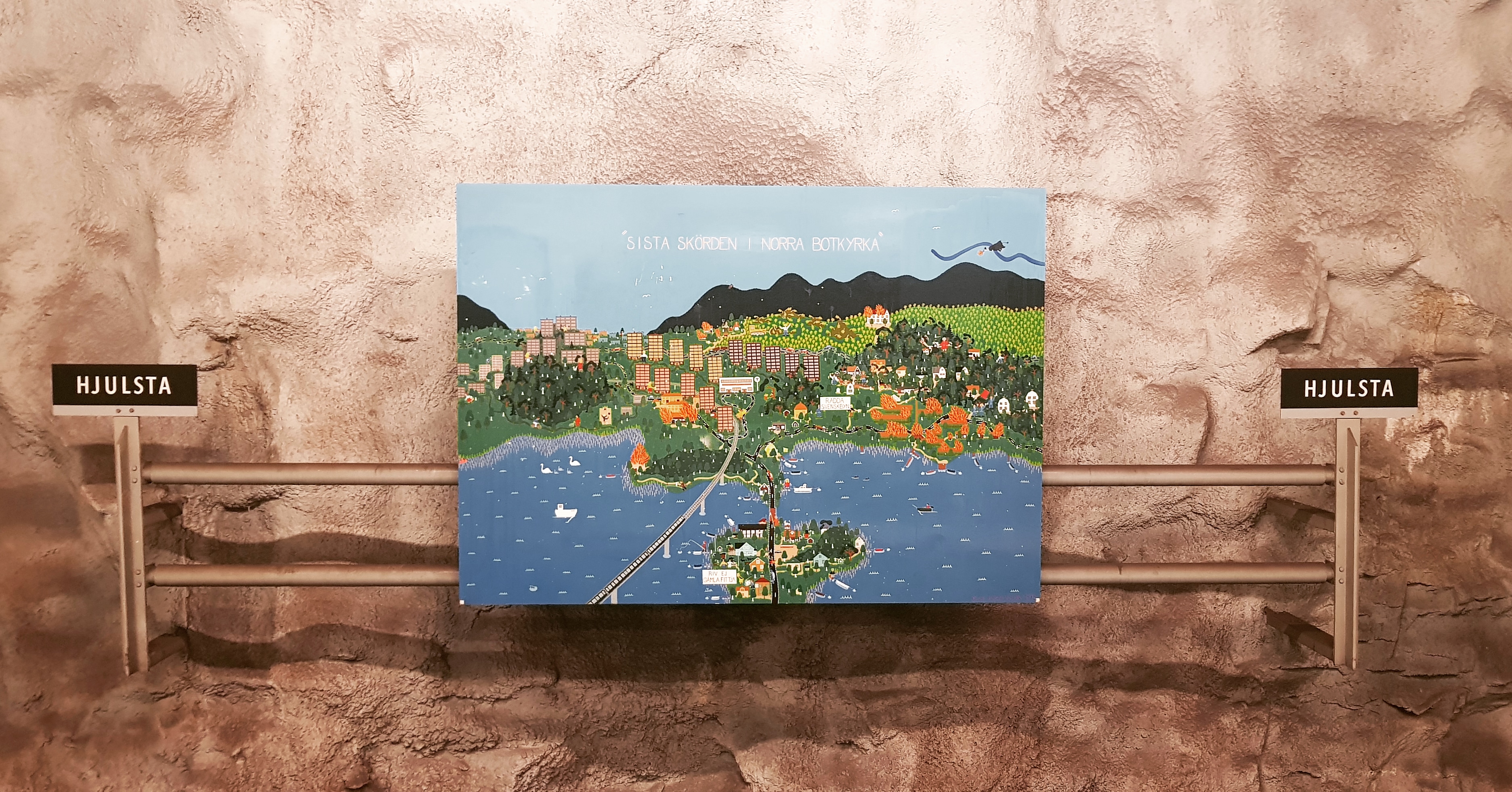 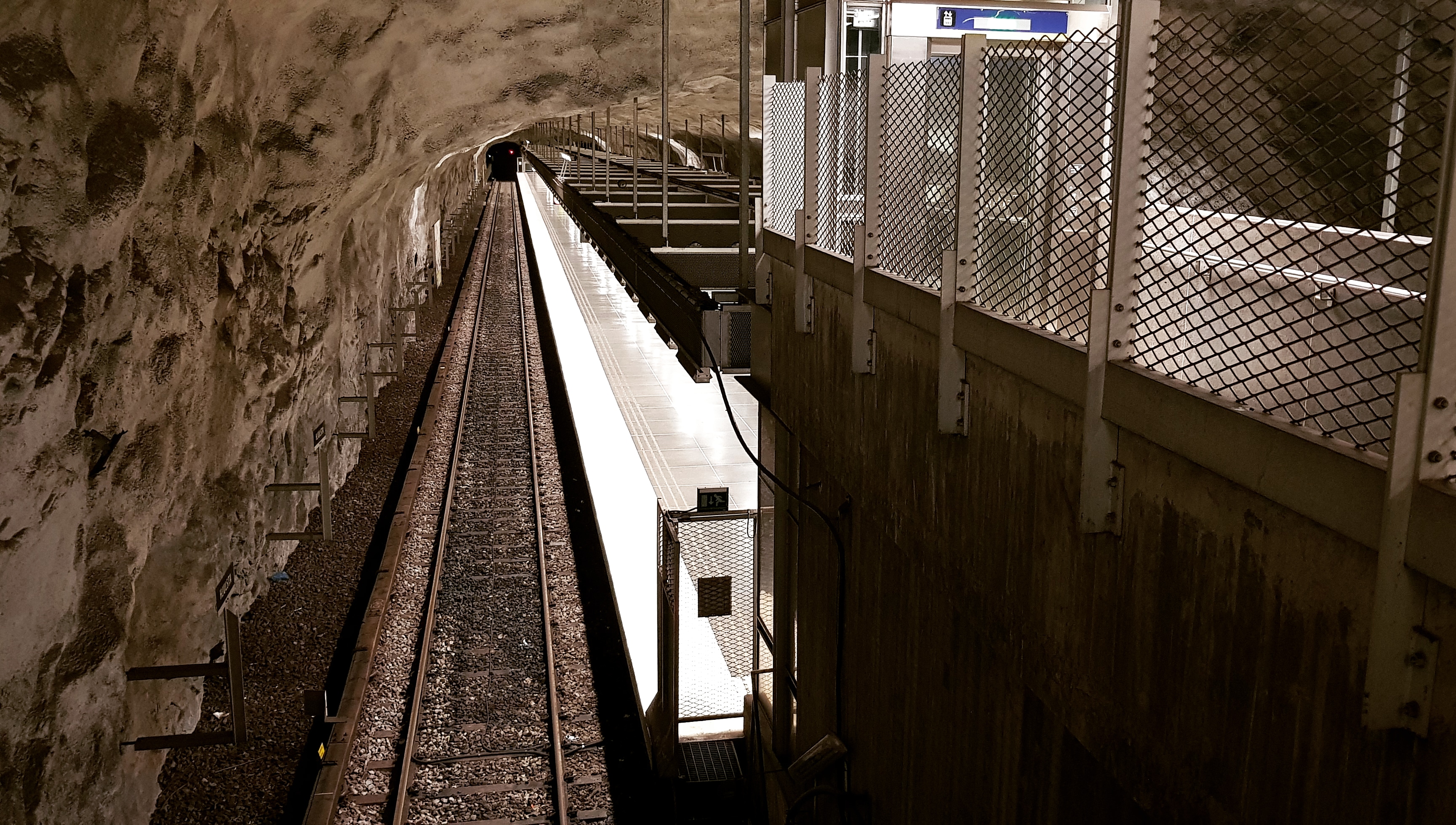 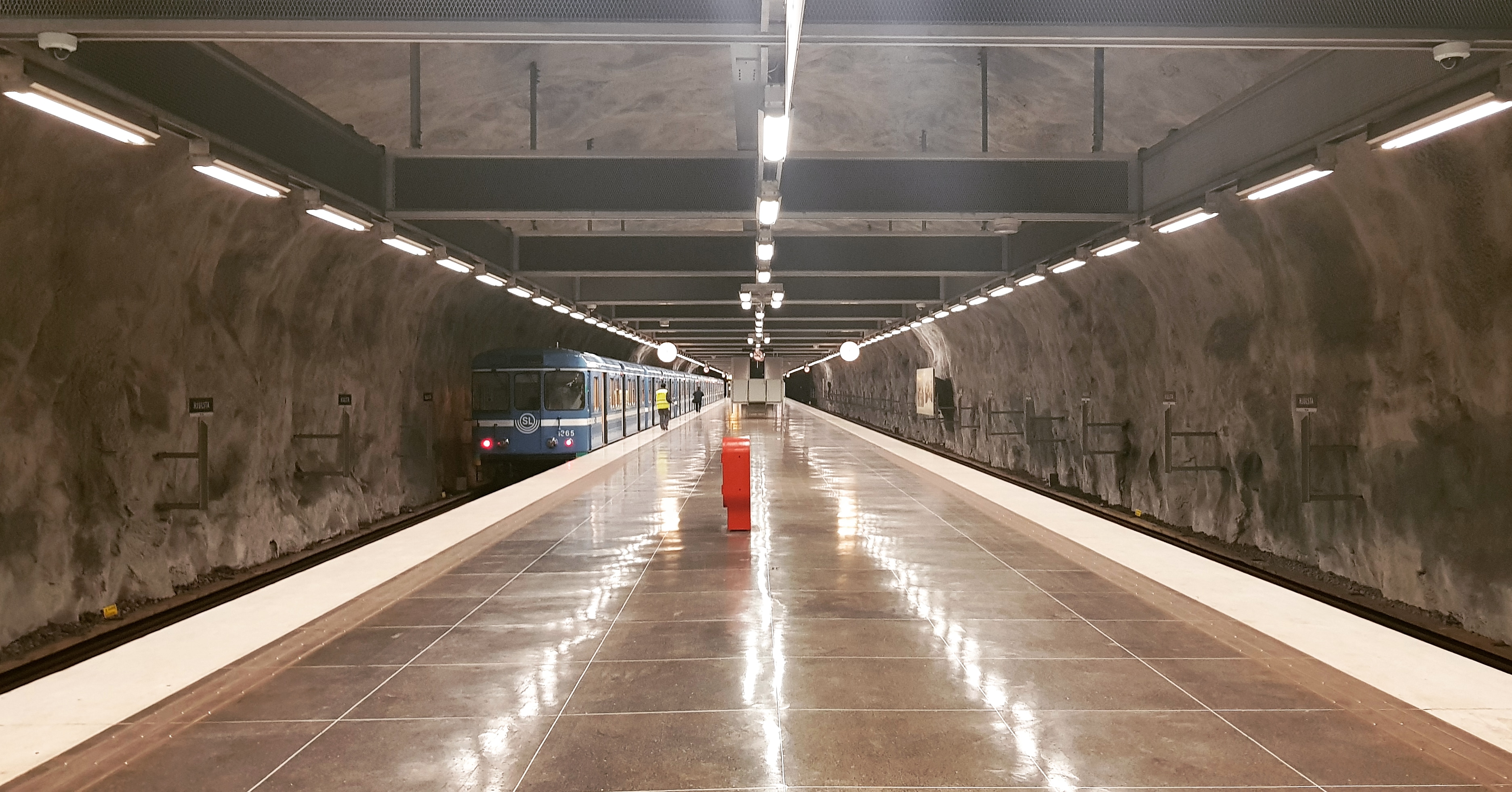