Hello everyone! Today is the day when we are inviting you to see the last station in our project – Norsborg! Come and see that last place we have left to explore in the Stockholm subway!

Norsborg is located in the Municipality of Botkyrka, in the southern part of the Swedish capital. And it was opened on the 12th of January in 1975.

Nowadays, being at a bit more than 20 km away from Slussen, here is the terminus station for the T13 red line. Its only neighboring stop is Hallunda, northbound.

The station itself has only one entrance. The ticket hall is leading to a covered, open-air, large platform. Besides having large depo for the trains in the Stockholm subway system, Norborg is also known for being the westernmost station in the whole city.

A bit more than 3.000 people are passing by here daily to connect to the city. In their commute they get to see Eva’s and Peter’s Moritz art work installed in 2006 in the ticket hall.

Join us next week for the last article of the year, when we are going to look at our favorite photos on the T13 red line. Want to see more of Stockholm’s beautifully designed stations? keep an eye on your project’s Facebook page (Stockholm Subway StoRy) and check out our blog for new posts regarding the Stockholm subway. Be a part of the StoRy! 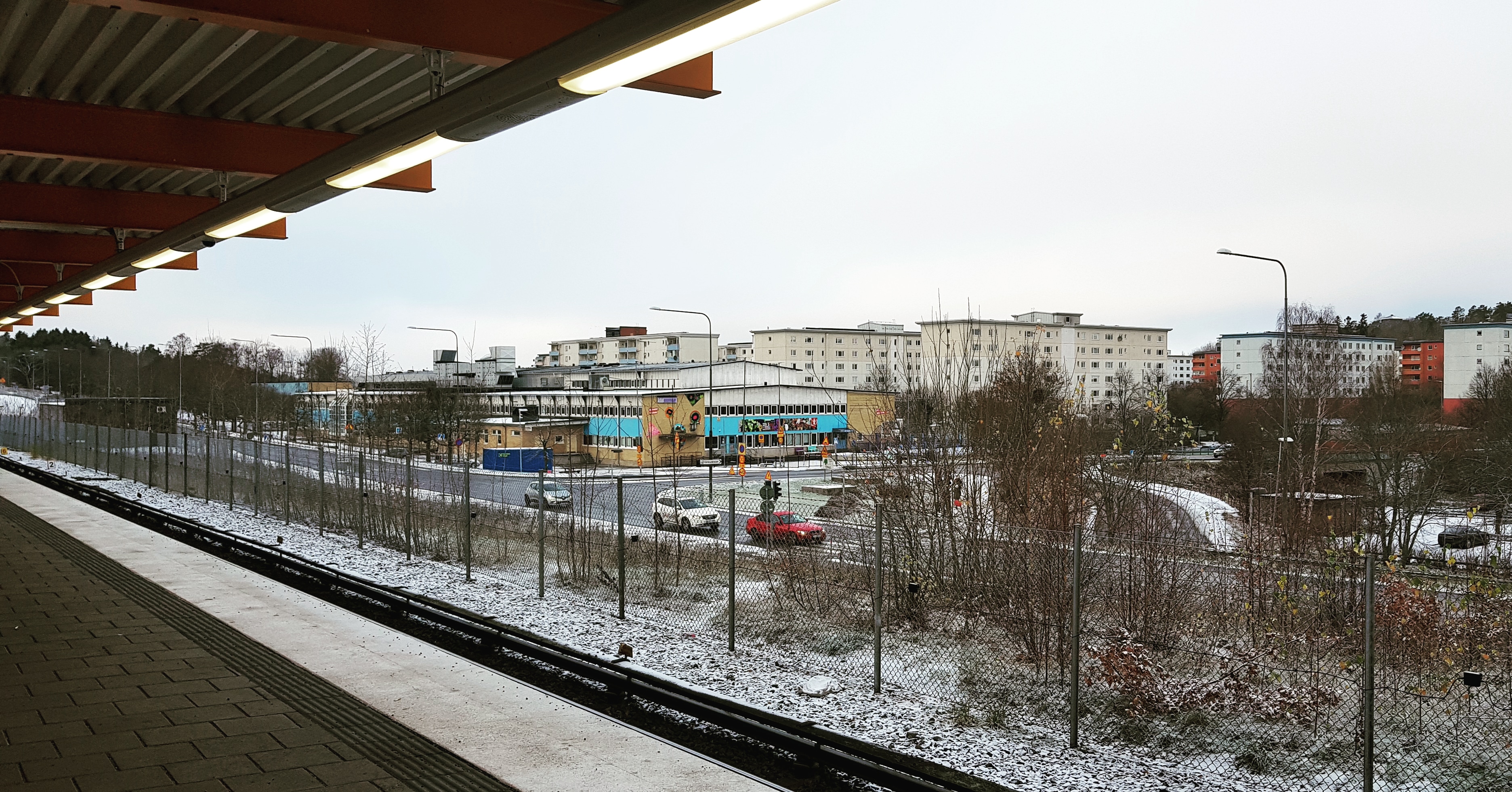 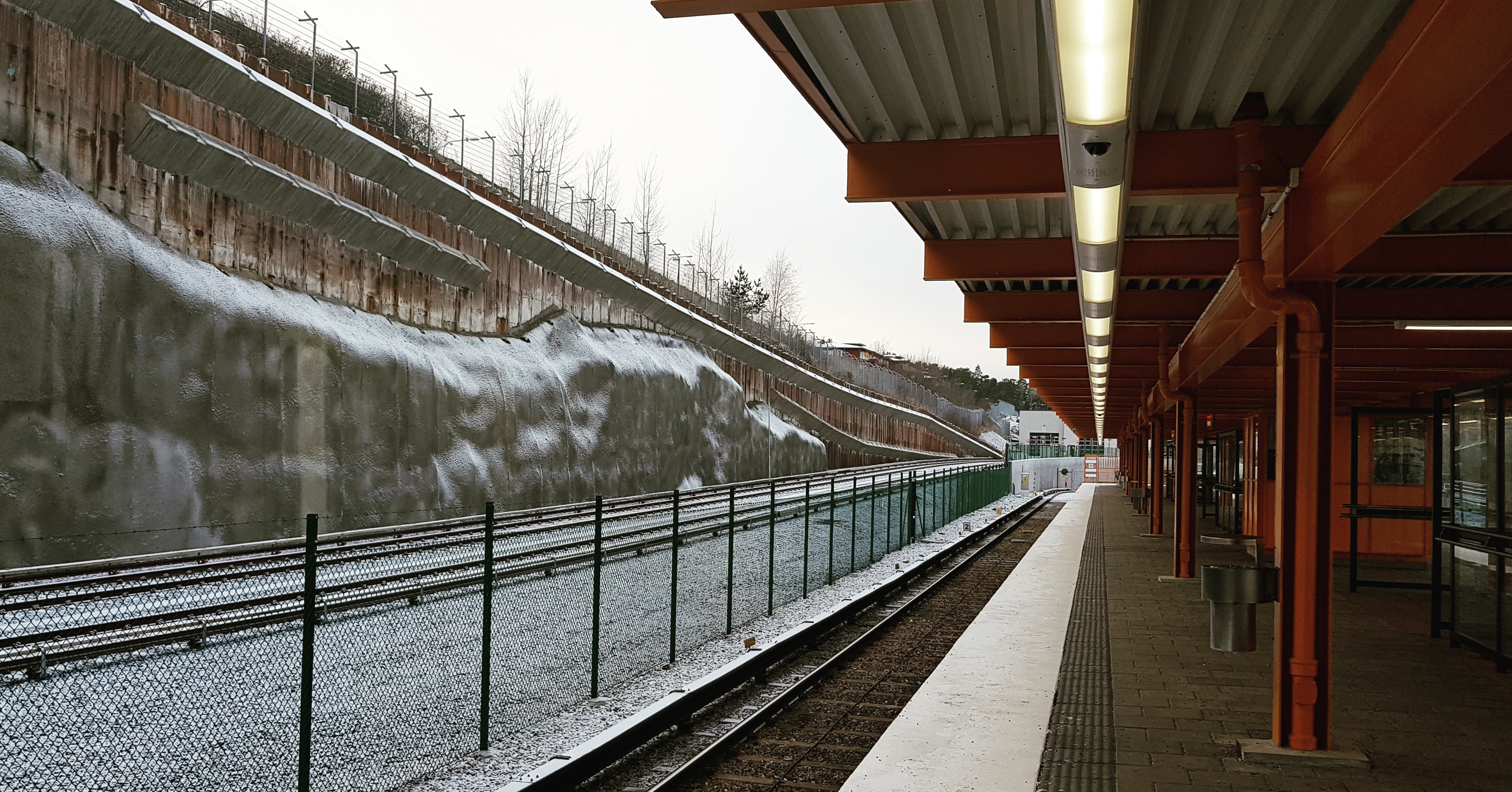 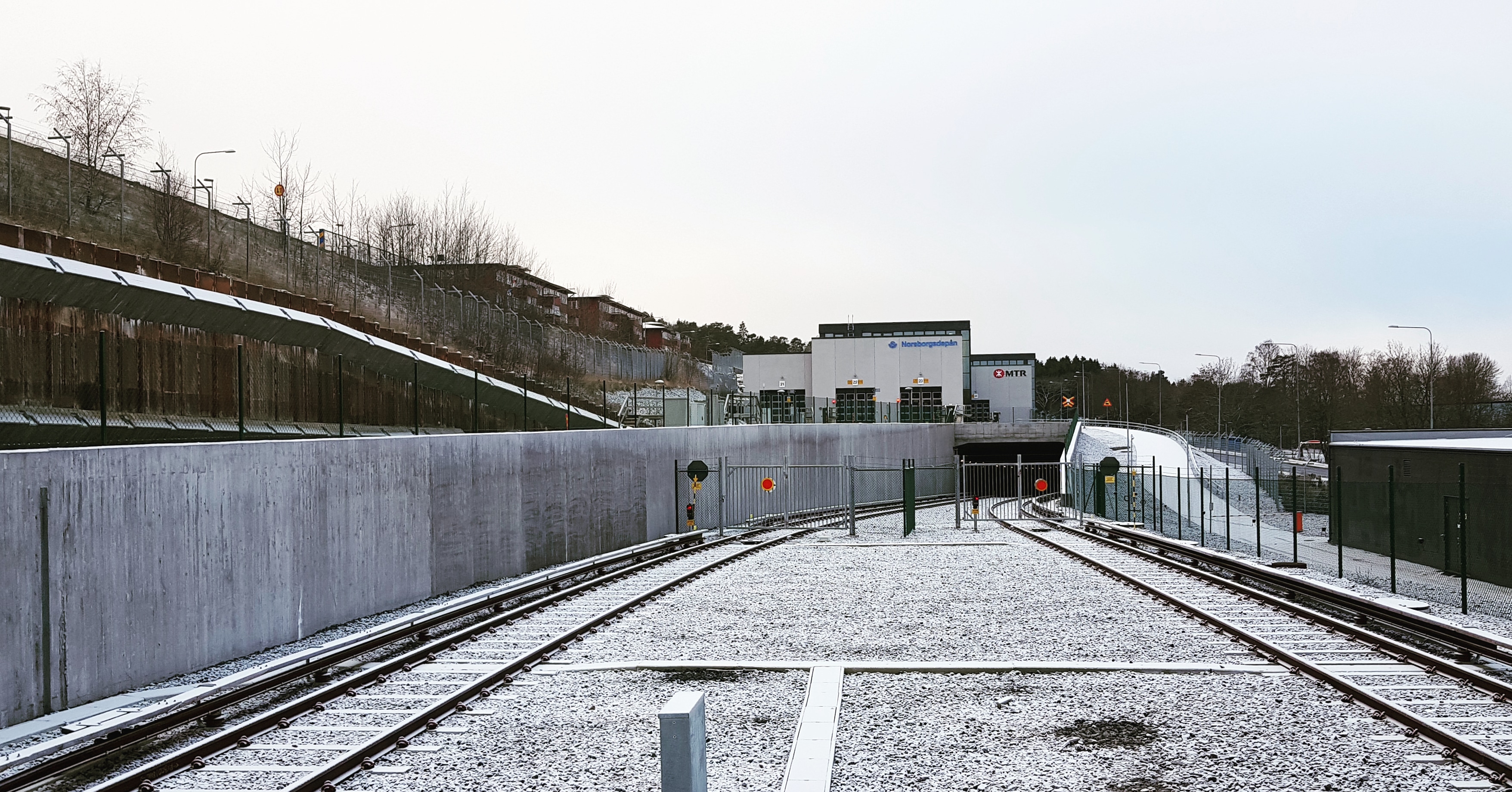 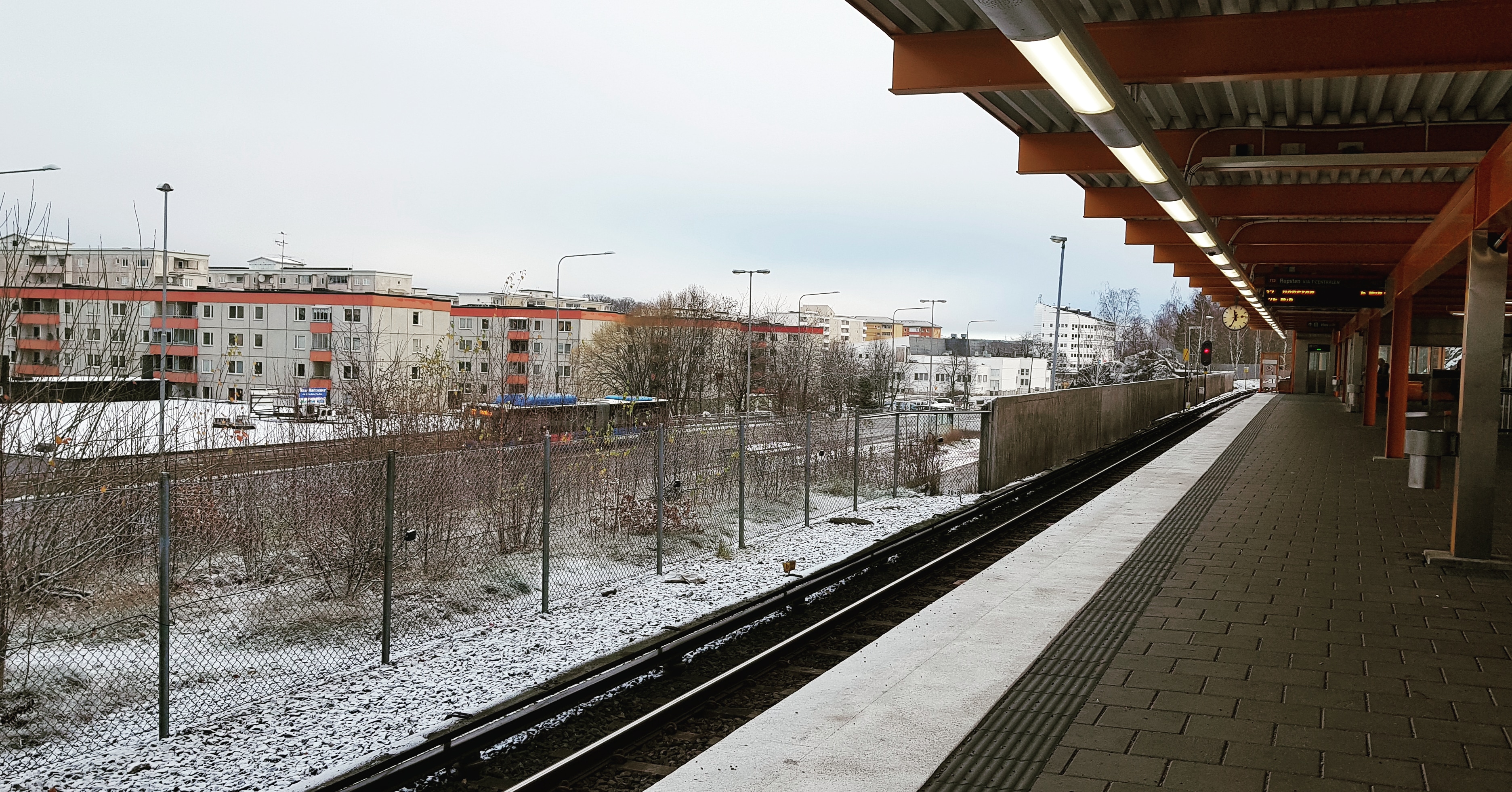 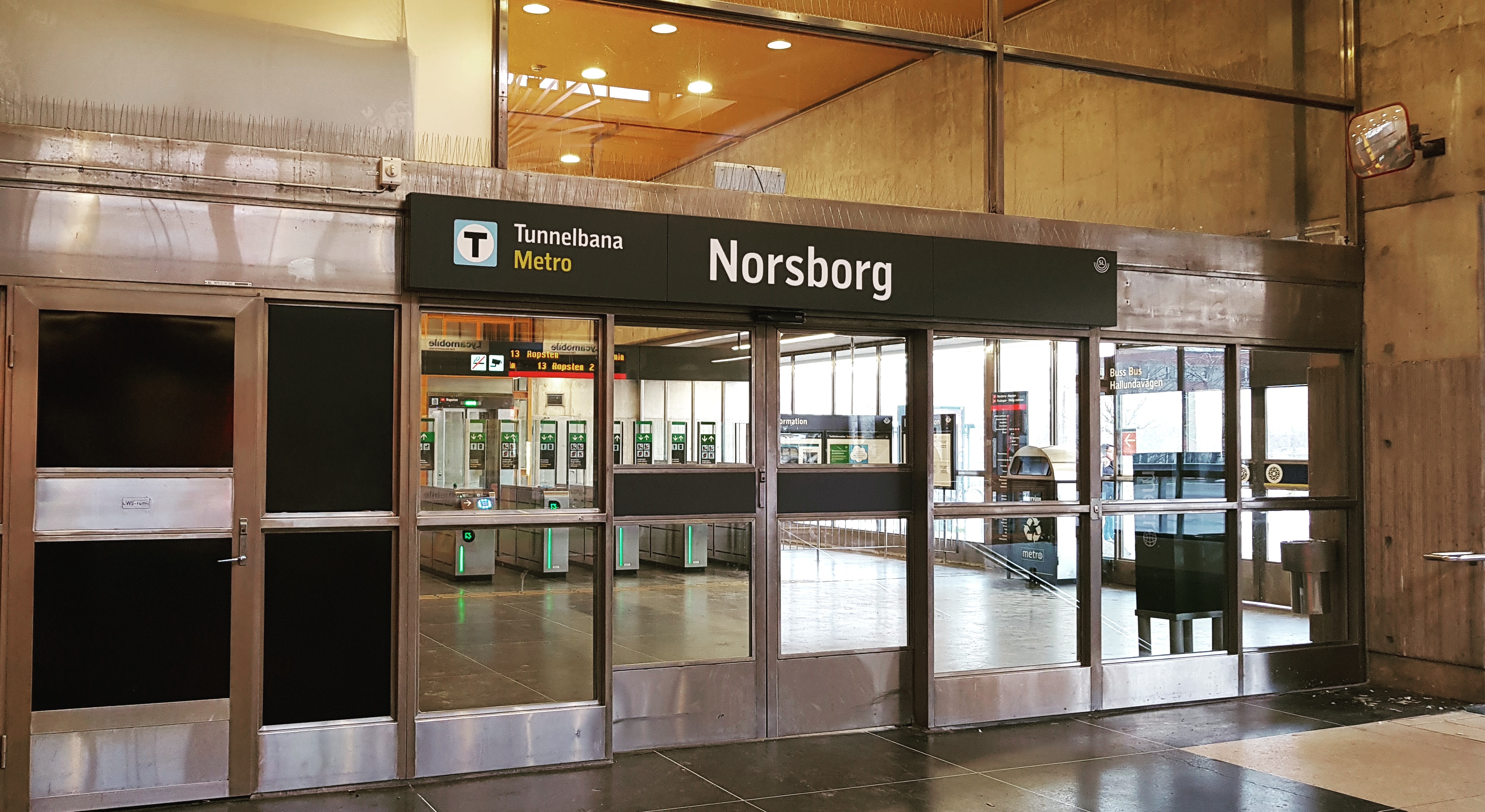 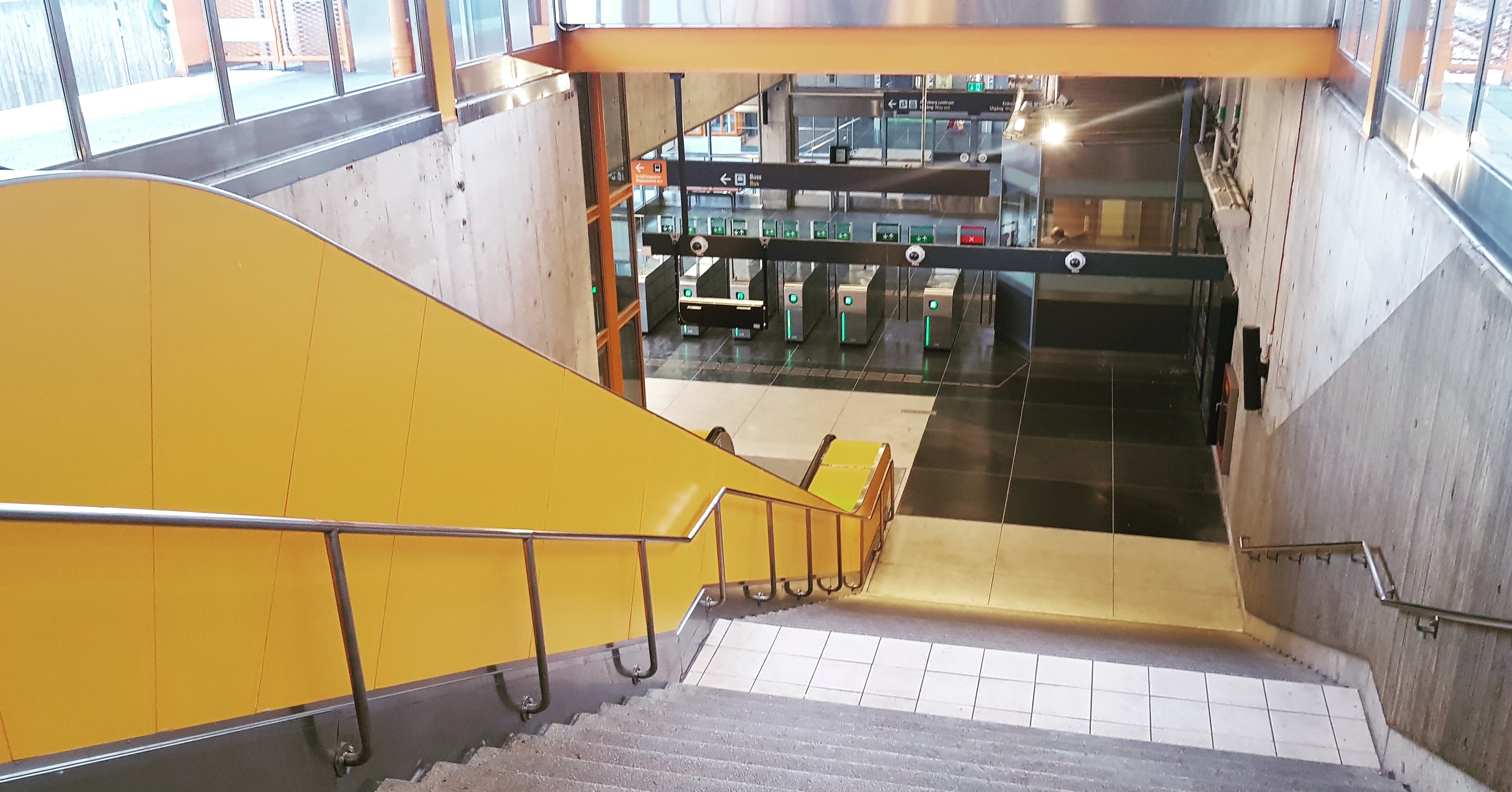