Hello, dear friends! There are only two stations left in our saga. Can you guess which is the very last one? You have one week to find the answer. In the meantime, we’ll visit Fittja together today!

Fittja is a south-western subway station in Stockholm. Opened on the 1st of October in 1972, the station bears the name of its district, situated in the Botkyrka Municipality.

Nowadays, our station serves the red line T13 and its neighboring stations are Alby southbound and Masmo northbound. Almost 17.5 km are between this station and Slussen.

Fittja Centrum offers the only entrance to the ticket hall. Which in its turn leads to the sole open-air platform. Almost 7.500 people pass by here on a regular working day.

The highlight of the artistic decorations here, shown in our cover photo today, is a copy of the “Non-Violence” statue made by Carl Fredrik Reuterswärd. The original version can be found at the headquarters of United Nations in New York, USA. Also, Eva Rosengren’s work is exposed in the entrance hall since 2002.

Worth to mention that just outside the station, northbound, one can see the subway trains going on the second largest bridge in the subway network, at a length of almost 800 meters. 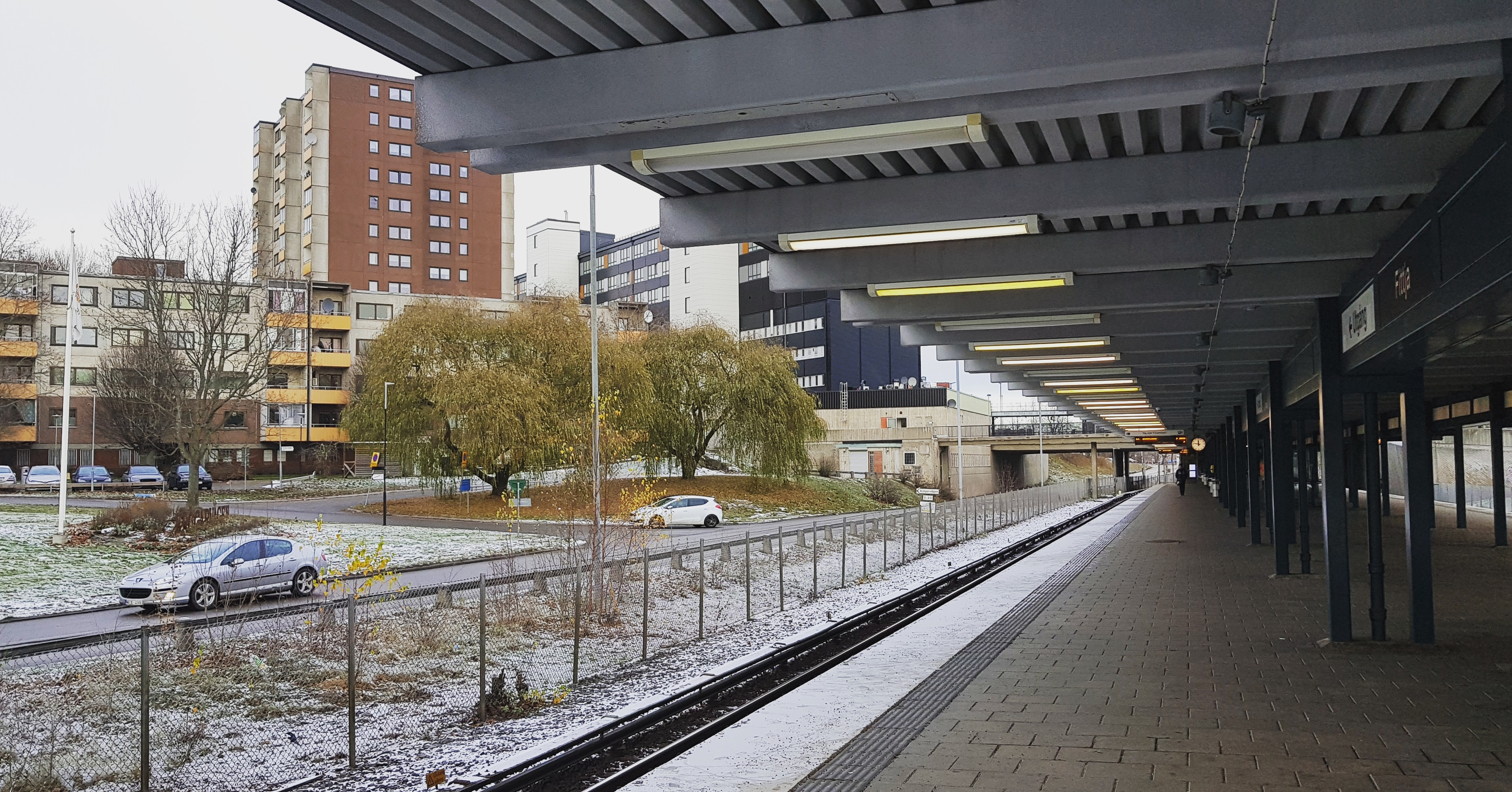 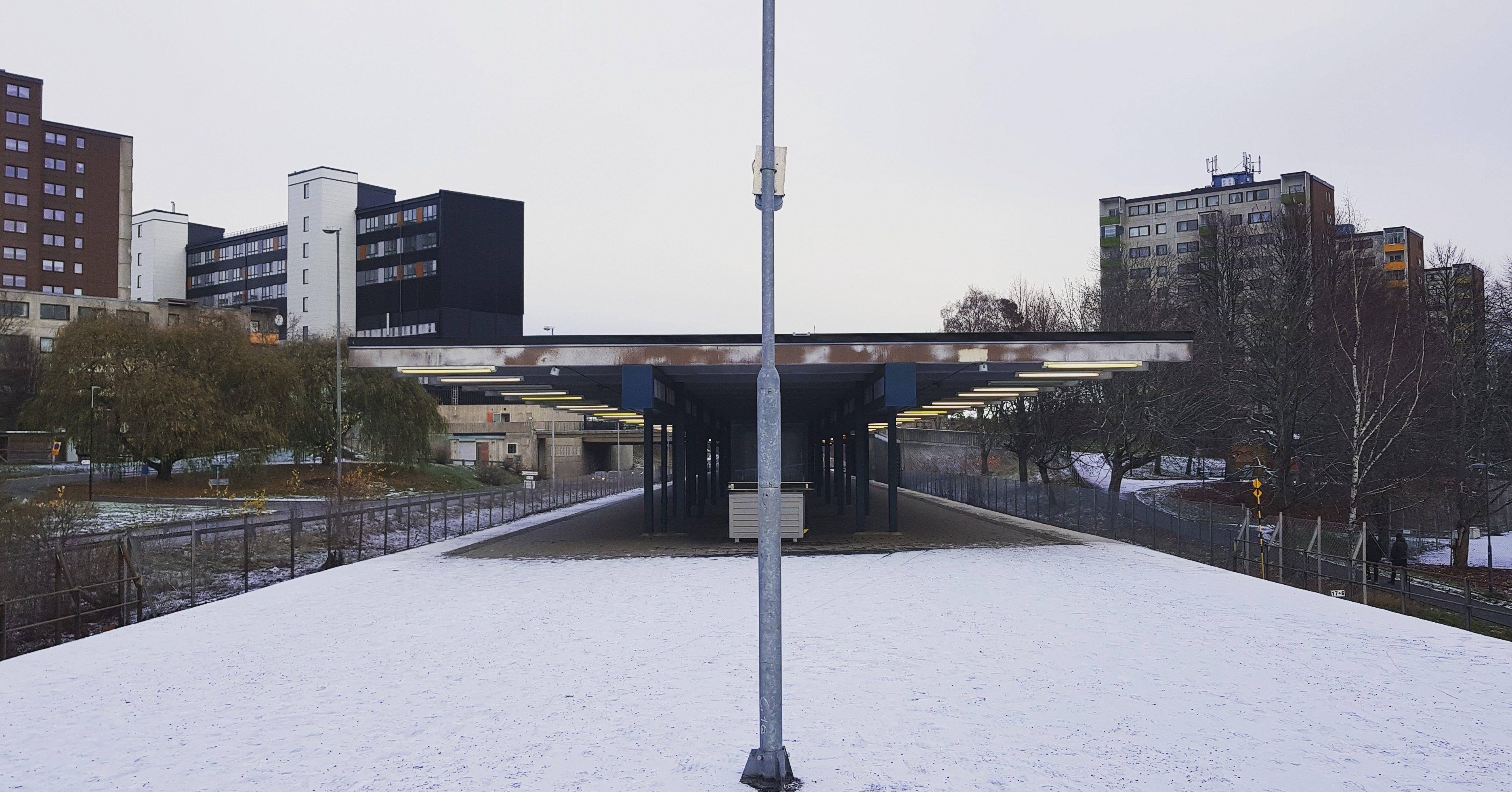 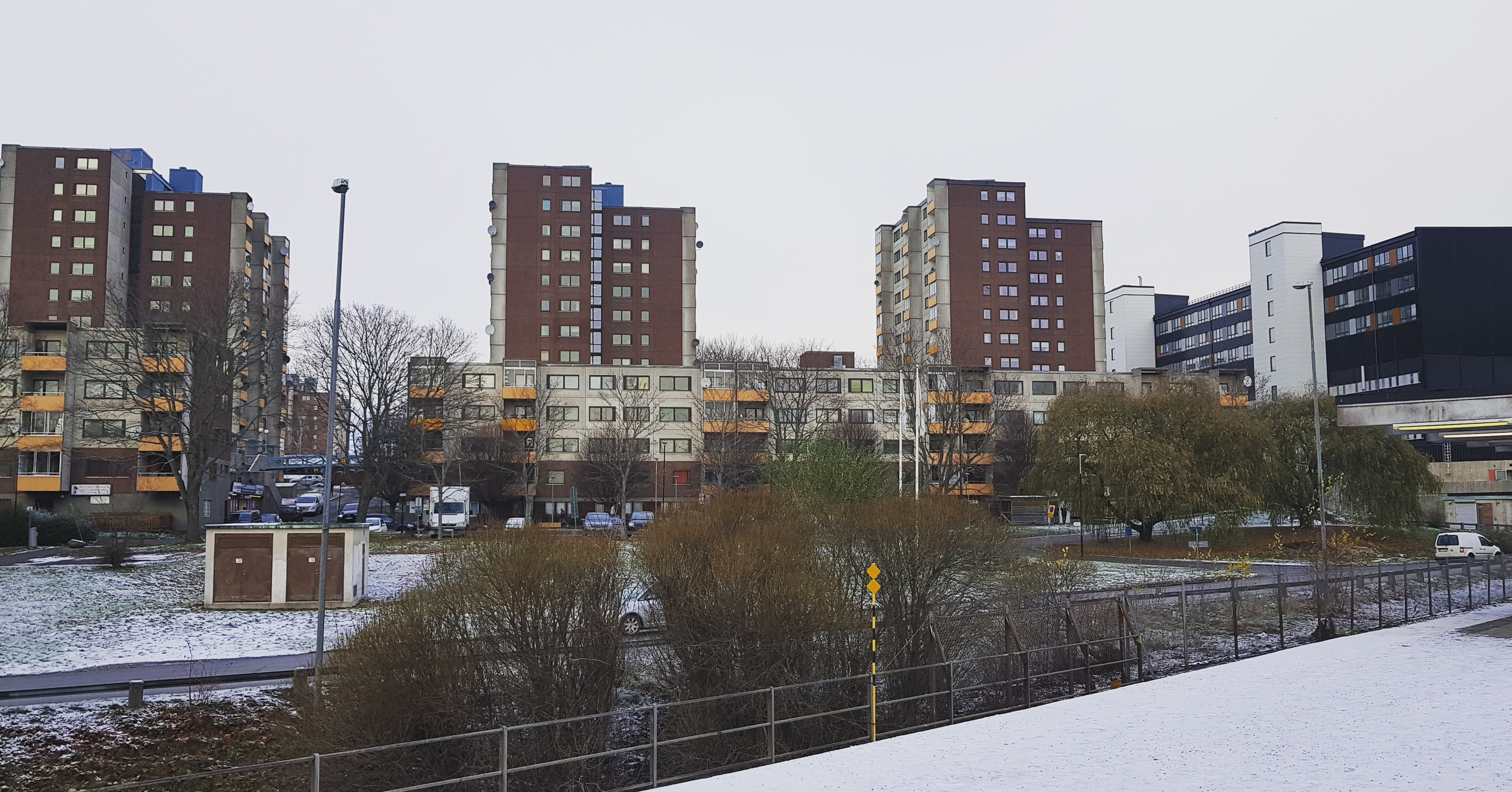 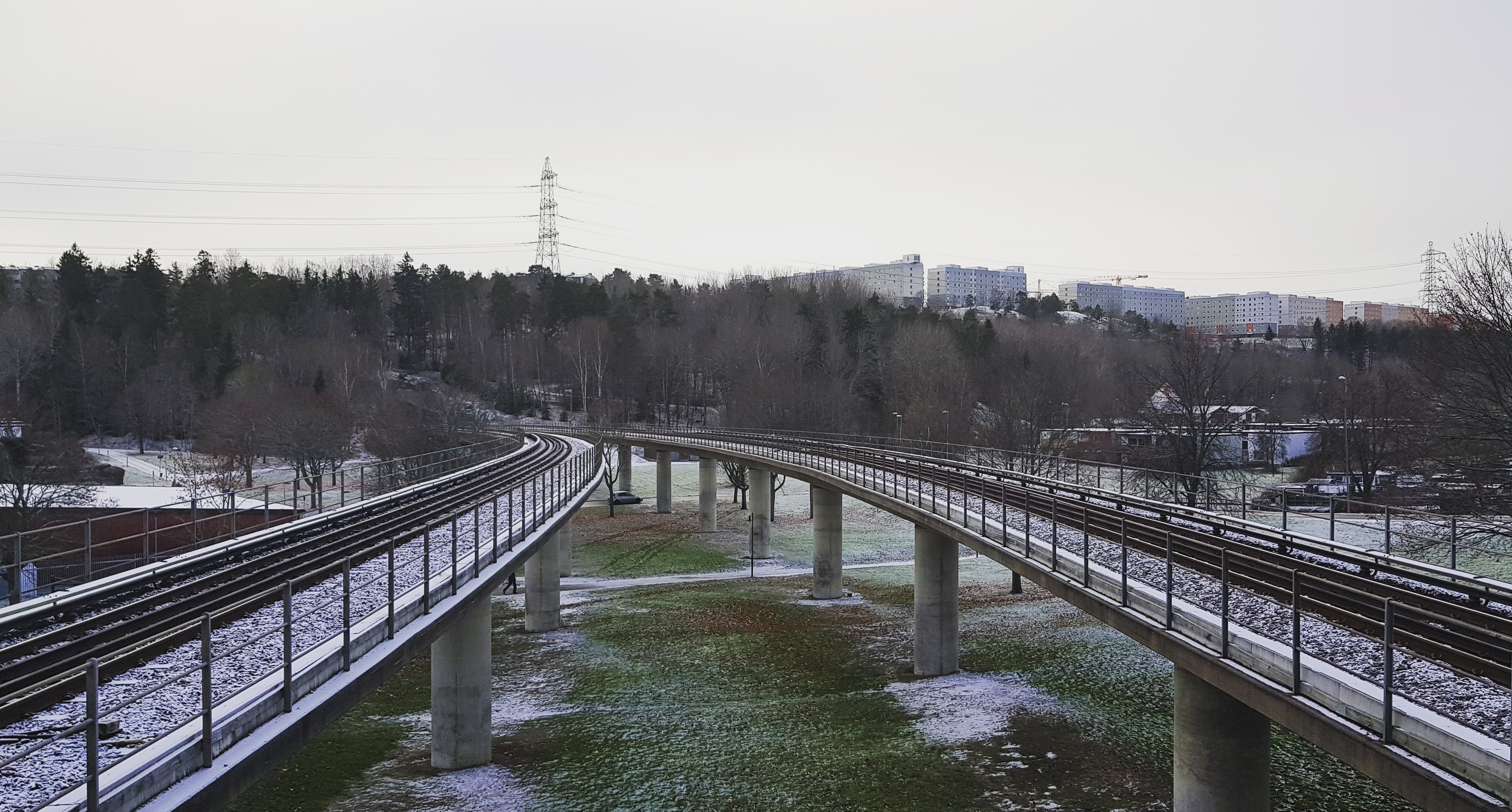 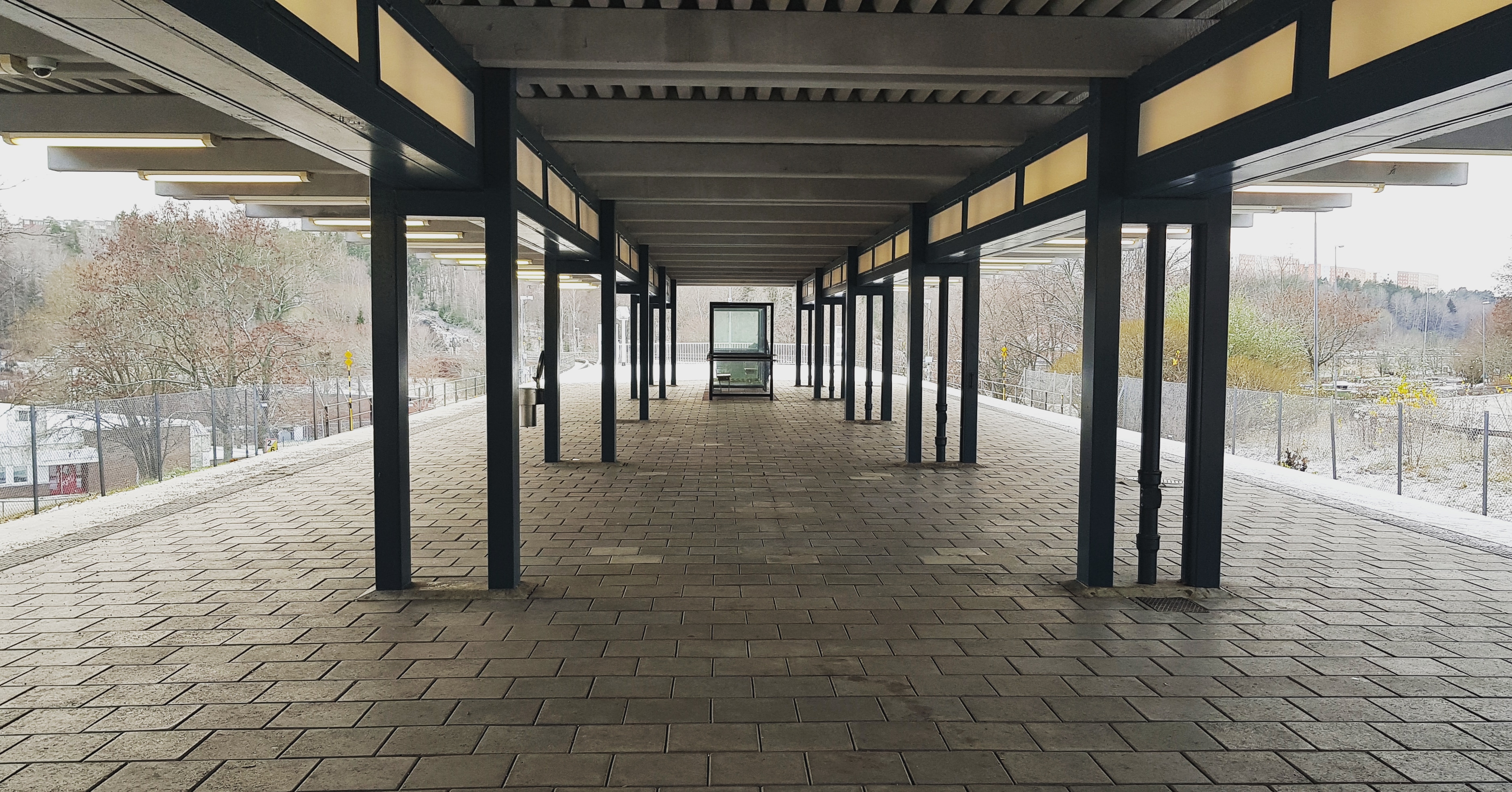 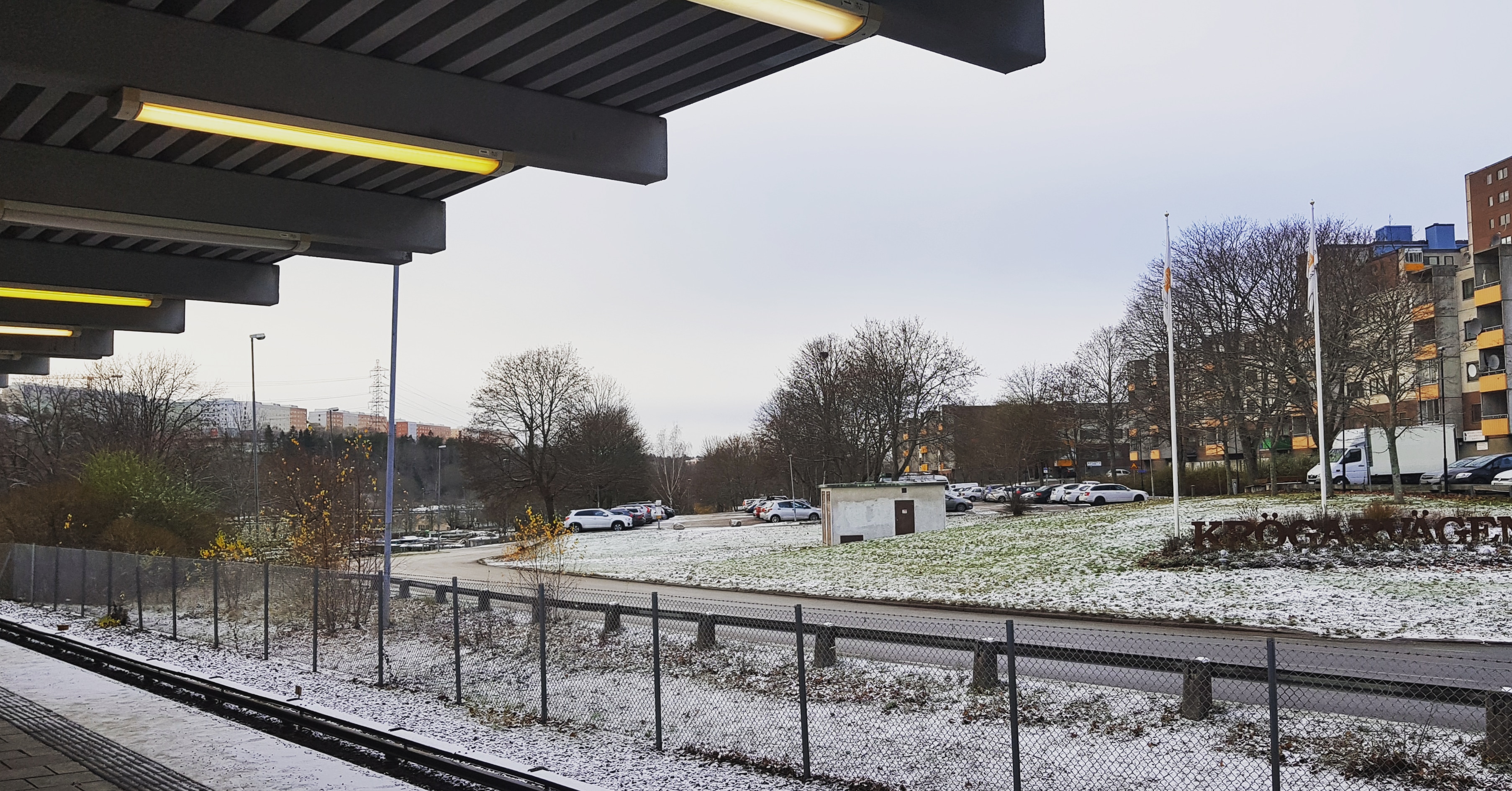